“Sanitation for all” and “Killing the barbaric act” 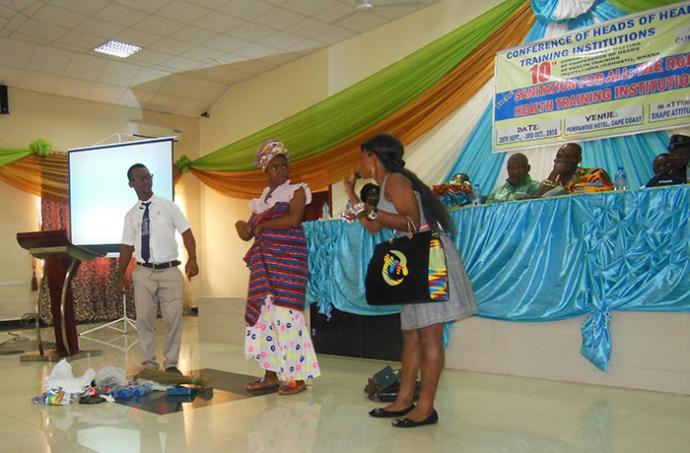 Two plays, the first to be produced by Shape Attitude Ghana in collaboration with the (CCHN) College of Community Health Nurses in Winneba and SACOST (Centre for School of Community Science and Technology Studies) of (UEW) the University of Education Winneba , go online.

The plays titled “Killing the Barbaric Act” and “Sanitation for All” were displayed in a live performance the first time in September 2015 at the 10th Annual General Meeting of Conference of Heads of Health Training Institutions in Cape Coast.

In the play, Killing the Barbaric Act, Papa Dadzi and his wife Maame Akua are indiscriminate in waste disposal. Their children, Heizel and his sister Cynthia know the better way to do that. Will they be able to help their parents to kill the barbaric act in them? What will the parents’ actions cause the family if they pay no attention to the children?

In the Sanitation for All, a question is posed as to who will care for sanitation if not all? Out of wrath, Maame Akua and Adwoa give up on their honest part in caring for their sanitation because their neighbours will not cease littering the environment in which they live. Cholera breaks up in the community. Who will be spared?

The two plays will be used by Shape Attitude Ghana on sensitisation campaigns in schools and communities.

Sanitation fo“Sanitation for all” and “Killing the barbaric act”r All was written and directed by Mohammed Gali Salam and Killing the Barbaric Act by Stephen Yaw Oppong both post graduate students from the University of Education, Winneba. The plays were performed by students of the College of Community Health Nurses, Winneba