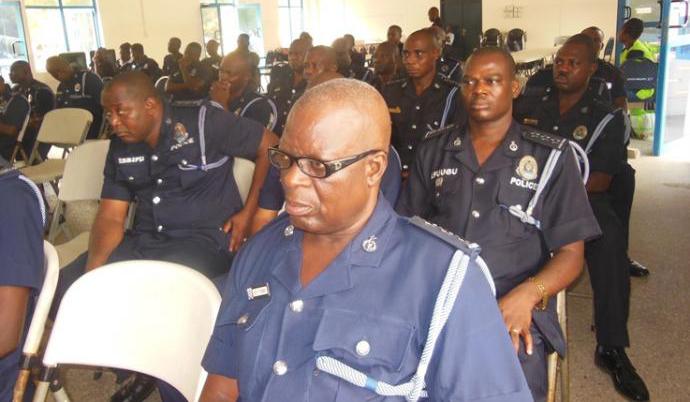 The Director of Studies of the Ghana Police Command and Staff College in Winneba, Chief Superintendant Oscar Kofi Amevenku, has said that it is important for the law enforcement agencies to engage in education of the public on keeping their surroundings clean before enforcing the laws on sanitation. He made his comments at the college on February 10, 2016 after a presentation delivered by the Director of Shape Attitude Ghana on the topic "Attitude as a main factor for poor sanitary conditions in our surroundings".

C/Supt. Amevenku was of the view that, it is only after the public has been sufficiently sensitised that the laws could be meaningfully enforced. He therefore stated that, the police should educate the public on the hazards of unsanitary environment as they (the law enforcement agencies) undertake clean-up exercises.

Mr. Wonderful Baisie Ghartey, the Director of Shape Attitude Ghana stated in his presentation that waste management starts from the time of creating the waste to the final disposal. Therefore, the moment we settle down to eat, we have to remember that we are generating waste which will come out as faeces and how we manage it has impact on the sanitary conditions.  He continued by citing figures to show that the crude disposal of waste and indiscriminate littering pose serious challenges to waste management in the country and pointed out that poor attitude was a major factor.  He again presented figures to show that five out of top ten cases reported at the OPD in the Effutu Municipality in 2013 were due to poor sanitary conditions. The diseases were malaria, acute respiratory tract infections, diarrhoea, intestinal worms and acute eye infections.

Several efforts have been made to address the poor sanitary conditions but have not yielded the desired results because attitude as a major factor has not been addressed adequately. He urged that it was time action was taken by us, as individuals and collectively, to change the negative attitude of the population towards the environment.

Present at the talk was the Assistant Commissioner of Police, Mrs Maame Yaa Tiwaa-Danquah, Commandant of the College and staff.